While at NBC 7, in addition to managing the station’s daily presence on Facebook, Twitter, Google+, Pinterest and Instagram, I held numerous social media training sessions (both one-on-one and in a group setting) with on-air and off-air staff. I also worked regularly with Marketing, Promotions and Community on a variety of promotions and initiatives and helped to create new opportunities for sponsors to get in front of a larger audience.

I was responsible for live-community management during: Breaking news, special promotions (#NBC7SendMeToTheVoice) and events (political debates, prime time coverage of the 2014 Winter Olympics and the 2014 Golden Globes Awards show).

Live-tweeting and creation of custom Twitter timelines were part of these initiatives. 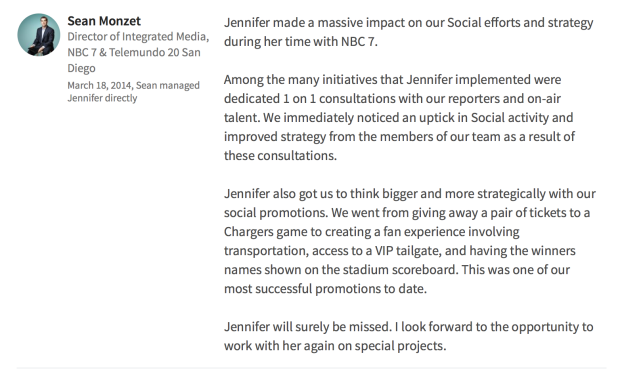